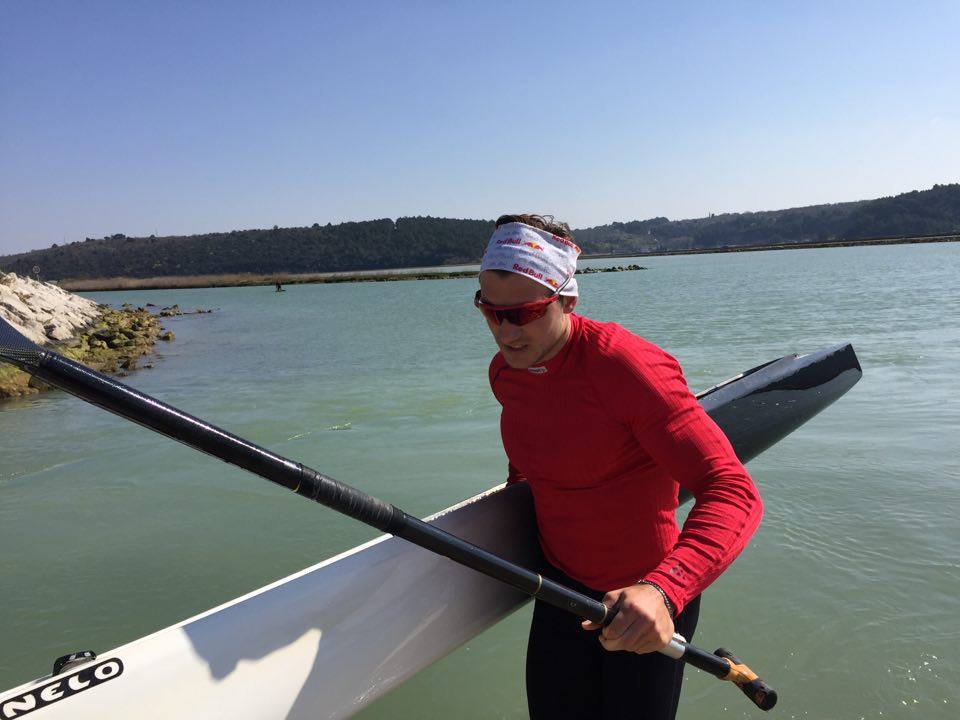 He just returned from a month's training camp in Portugal and he packed his bags again and headed to Croatia. Then he stopped at home for a few hours before he again turned toward Portugal. Canoeist Martin Fuksa absolves three training camps in a very short time. Then he will prepare in the Czech Republic for the first real test at the end of April, when the nomination races take place. He does not have to start there but he wants to. “Definitely, I will go some race," says 22-year-old gold and a silver medalist from the world championships.

How were the two training camps you absolved?
"Totally cool, classic training. Everything worked out well as it should. We enjoyed both the training and the rest. In Portugal, I was testing a new boat. I quite enjoyed it. And Croatia was a bit different, because we're almost the whole day in motion; we are far from the water. We just eat and still somehow moving. We live by the sea, it's very nice. Everything was fine. "

Is it right that you also tried canoe on the sea?
"It was after the training. Waves there quite swing, it's not totally fun, but I paddled a few kilometers at sea. It was a nice change. In Croatia, I always have fun. We go there with the club from Nymburk. "

What about the new boat? Will you risk the change before the Olympics?
„It is hard to say. I trained with it in Portugal for a week and it was really pretty good. I will need to absolve some race with it, the first selection race or the World Cup in Račice in may and then I decide. I want to try the fast racing pace.”

Before the Olympics you plan only two major international competitions, World Cup in Račice from 27 to 29 May and then, in June, there is the European Championship in Russia. Do you have a different training plan due to the Olympic season?
„My grandpa told me I do everything differently. For example, in this period I've always started the speed training, but now we leave it. We go longer perseverance.”

The course in Rio is specific due to waves and wind. Are you preparing for this somehow?

"My grandfather tells me that I should try it. But I think that it is impossible to physically train it. Rather, it can help you mentally when you train in worse conditions. "

So that's why you headed out to sea in Croatia?
"Well, you see. But I hope that in Brazil it will not be so bad. "

Do you relax different way?
"Not particularly. But it is good for us that our masseur Frantisek Noll is at all camps with us. That is so cool. I enjoyed it almost every day and I went for a massage. This is such a diversification. Thanks to this, even the training is better, I feel more rested. So a big thanks that we have this opportunity. "

Kayakers in Chula Vista relax with fishing or shopping. Do you have a similar chance to rest during the day off?
"In Portugal, it's such a factory: training, training, and training. And in Croatia? I do not do fishing and I am terribly lazy to do any trips. When I'm off, I'm glad that I am glad. At the most I walk to the sea, take some pictures. Or I go to check up some shop. "